A month after polls closed, California has finally finished counting all the ballots for the recall election. In the end, it wasn’t close — Democratic Gov. Gavin Newsom prevailed 62-38 percent. While polling pointed to a relatively competitive race for a few weeks, Newsom actually matched his margin from the 2018 gubernatorial election.

Democrats in California and across the nation are certainly happy with Newsom’s resounding victory, seeing it as vindication of their strategy of aggressively taking the fight to Republicans on hot-button issues such as vaccines, masks, and abortion. Republicans, on the other hand, may dismiss the California results on the basis that it’s a deep blue state and conservative talk radio host Larry Elder was controversial.

However, it’s worth analyzing some interesting trends within the California results as both parties look ahead to the 2022 midterm elections. 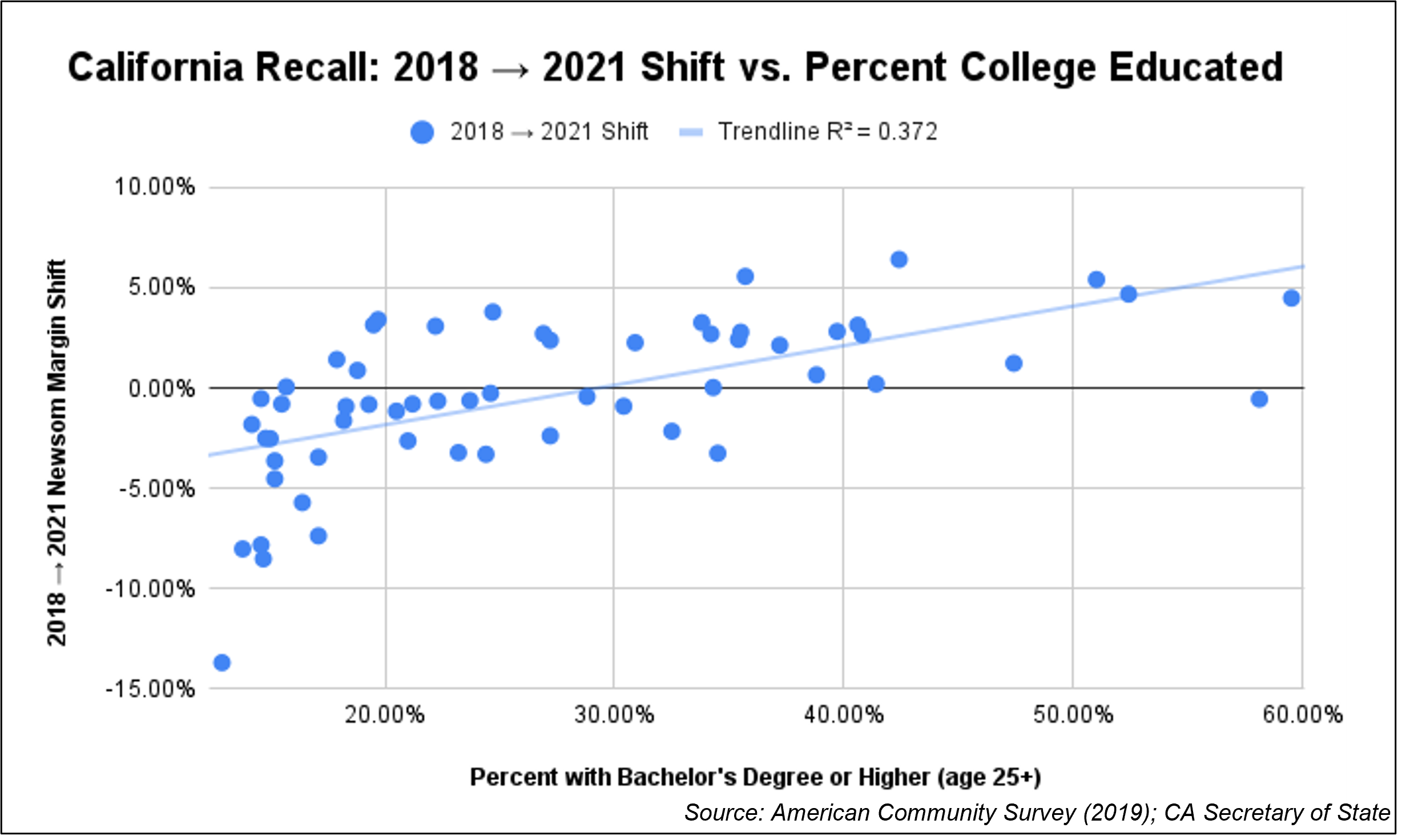 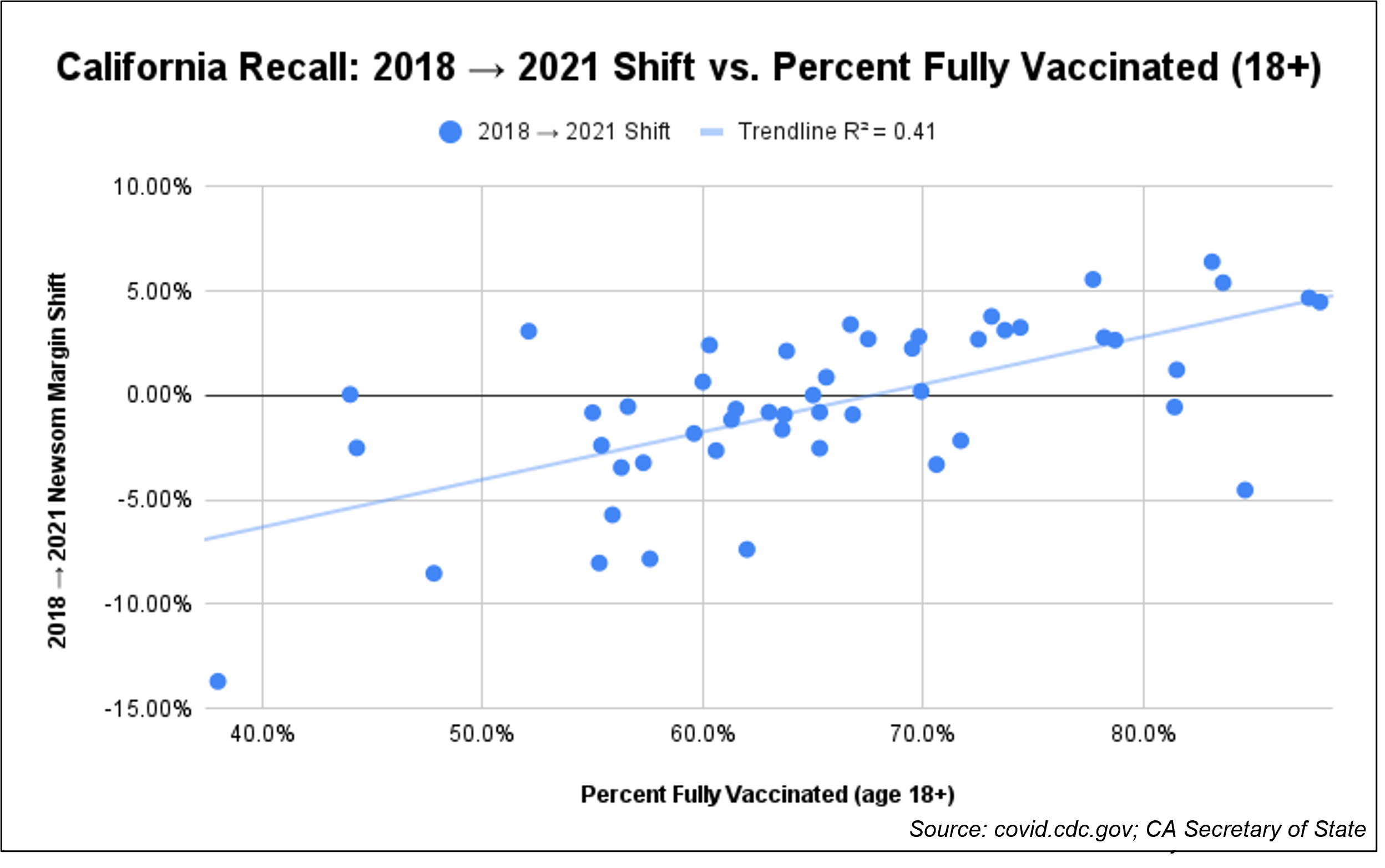 Intuitively, it makes sense that vaccination rates could explain voting shifts. Vaccine mandates were a top issue in the California recall campaign, so voters may have polarized more than usual based on their vaccination status.

The Bottom Line
It can be tough to extrapolate definitive conclusions based on one election, especially one with an unusual format and some unique candidates. But the California results may be a clue that education polarization is here to stay, even without Trump in office.

If this is the case, it may be helpful for Democrats in the Virginia gubernatorial race, where Democrats have made strong gains in recent years in the northern Virginia suburbs. If Biden’s low approval rating numbers prove to be a substantial drag on Democrat Terry McAuliffe’s numbers, it may be highly educated counties like Fairfax, Loudoun, and Prince William that save him.

This story first appeared in InsideElections.com on October 26, 2021.