Erin Covey is a reporter and analyst with Inside Elections, which provides nonpartisan analysis of campaigns for Senate, House, governor and president.

She previously worked at National Journal, where she reported on campaigns and national politics. As a writer and editor of Hotline’s Wake-Up Call and Hotline’s Latest Edition, Erin curated day-to-day campaign news and contributed analysis. Prior to that, she was a news assistant at NPR, working on the radio shows Morning Edition and Weekend Edition, and she interned at both NPR and C-SPAN.

Erin is originally from San Antonio, Texas, though she grew up around the world as an Army brat. She graduated from Liberty University, where she studied journalism and English and was a news editor at the school paper. 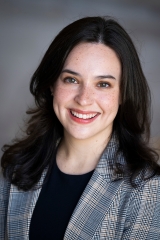